In the heart of Athens lies another eternal city

From temples and mosques to tavernas and chic boutiques, the center of the Greek capital bears witness to an unparalleled heritage that suffuses the city‘s daily life.

Between sea and mountain, antiquity and modernity, East and West, Athens is more than just another European capital. Byzantines and Ottomans have left deep footprints in the birthplace of democracy and Western civilization, which also gave us theater and athleticism. From the Olympic Games to the city’s 150 stages, this heritage is more alive today than ever.

At the base of the Acropolis, city-center neighborhoods are the very picture of an ancient metropolis that is constantly reinventing itself. In Plaka, neoclassical architecture contrasts with the village charm of alleyways packed with boutiques and family-run tavernas. Monastiraki is famous for its Orthodox monastery to which it owes its name, as well as for the souk-like market selling clothes, books, souvenirs and antiquities. Thissio is perhaps even more emblematic of the rich amalgam that gives rise to modern Greece. This neighborhood, so popular with students, gets it name from the Temple of Theseus – still standing today, not far from the Byzantine church and Ottoman mosque.

Plaka, Monastiraki and Thissio converge at Syntagma Square, a major transport hub with airport shuttles and the metro going to Piraeus Port. Here is also the place, in front of the Parliament building, to see Evzones (Presidential Guards) in traditional uniforms participating in the Changing of the Guards ritual. MGallery could not have chosen a better hotel location, situated just steps from the Square in the cultural, economic and political heart of ancient and modern Greece. 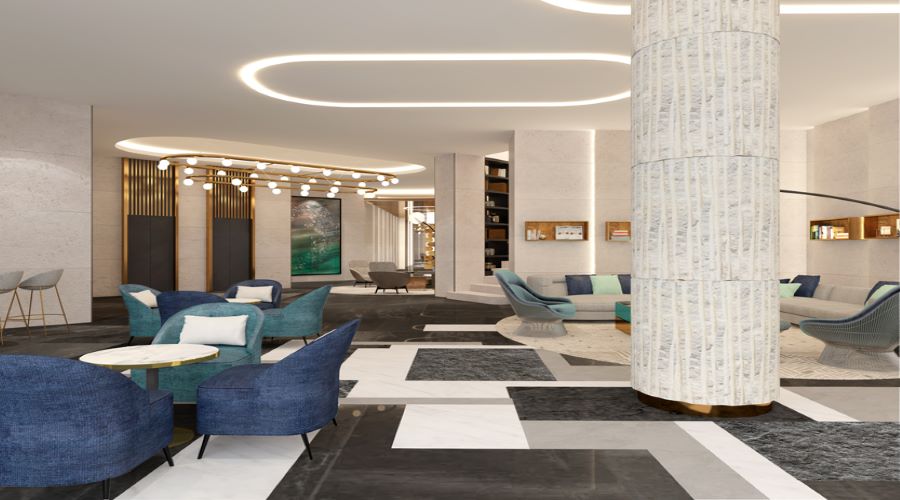 A design oasis in the effervescent capital

Athens Capital Hotel is housed in a former bank from the 1950s, whose façade lends itself perfectly to the graphic beauty on display today. Come nightfall, superb lighting and projections recount the story of Athens.

Inside, the generous spaces, pure lines and clean curves create a subtle design. The shapes, materials, colors... they all come together harmoniously in wide-open areas that invite guests to stay awhile. There are nods to archeological treasures, along with gold and bronze elements that illuminate the softness of dominant hues. In the spacious lobby, leather or fabric armchairs and couches are like intimate islets for conversation. Blue and white tones evoke the Cyclades islands, not far from the port city of Piraeus. In the rooms and suites, the ancient motifs on the carpets astound with their geometric modernity – echoing the high-tech futurism of mirror televisions and the elegance of the marble and parquet.

High-quality natural materials exemplify an enduring vision of wellness. This commitment pervades every aspect of the hotel, from its energy efficiency and omnipresent greenery to the elegant simplicity of the service. On the rooftop that seems to hover over the city, the infinity pool and its panoramic terrace are places where time seems to stand still while the intensity of Athens remains palpable. With a view that extends to the Acropolis and the Mediterranean beyond, this is perhaps the most beautiful spot in the hotel. 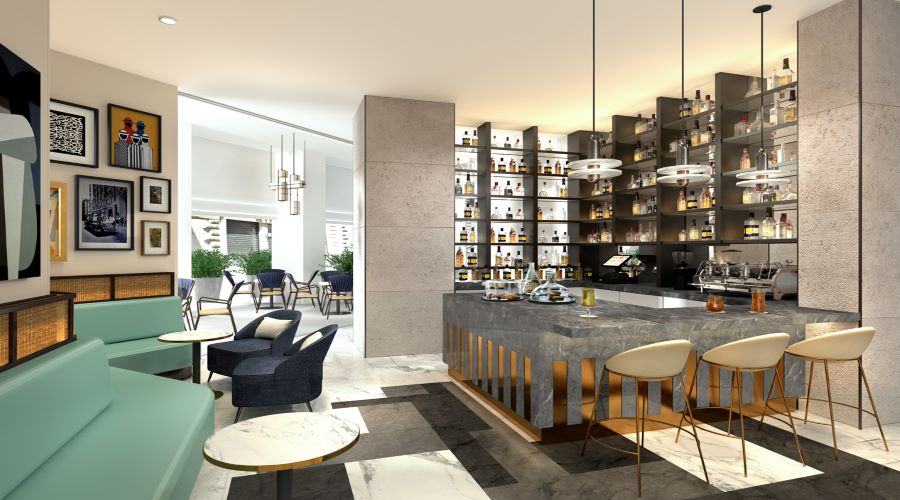 More than a 5-star hotel, MGallery has created a gathering place rooted in the Athenian spirit

A dream destination for the most luxurious of stays, this oasis has also established itself as a social space for unsurpassed artistry and culture.

The hotel’s environs are an epicenter of Greek art and design, which are found in regular exhibitions and pop-up boutiques. In the lobby, bar, rooftop and elsewhere, guests and visitors circulate freely among the generous connecting spaces. The most notable features of the vast restaurant are its woodwork and plants, but also the Greek sunshine that streams through a bank of windows overlooking the city. Mediterranean flavors find a novel authenticity in the open kitchen, which offers a full menu that includes vegetarian and gluten-free creations.

With this 5-star hotel in the beating heart of Athens, MGallery has put its stamp on a stunning jewel where creators, locals and travelers alike will find inspiration for the next chapter of their story. 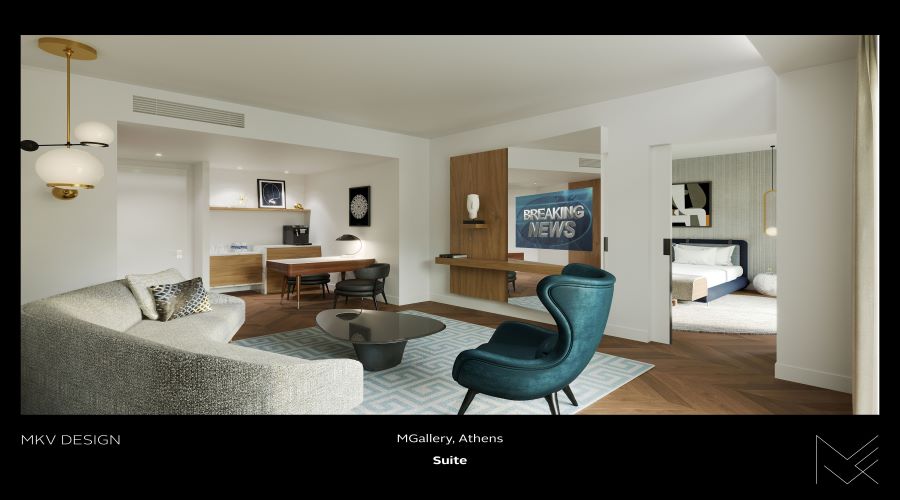