A taste for adventure

Charmer or confidant, the bartender is largely a figure of moviemakers’ imagination.

Under the chandeliers’ glow, discover a subtle nod to a theater’s darkened halls. From the furnishings to its trademark Rouge Carlton cocktail, Le Bar du Carlton plays with this legendary hotel’s signature red color. Sylvain is in his element here, amid a décor that pays tribute to cinema. His specialty? “Cocktails and spirits.” His secret ingredient? “My smile.” Sylvain began his career over 15 years ago in the Paris region before joining Carlton Lyon in 2016.

Brice is the head bartender at Cour des Consuls, a magnificent 18th-century edifice in the heart of Toulouse. He, too, started out in the finest hotels around Paris, but not behind the bar. He owes his present career to a chance encounter with a leading figure in mixology. That’s how he caught the “virus” of bartending, a talent he now shares with customers in this lounge renowned for its terrace, champagnes and bespoke cocktails.

The bartender at Hôtel de la Cité, Jérémie, went much farther to satisfy his curiosity. “After six months in London, where I discovered mixology, I went to study at the European Bartender School in Sydney before working in one of that city’s top hotels.” With this valuable experience under his belt, he returned to settle in the Occitanie region of southern France. And he’s never looked back. “Hôtel de la Cité is a fascinating place within the walled city of Carcassonne. Bar Bibliothèque has hosted the likes of Churchill, Colette, Grace Kelly and even Elton John. I am moved each time I step foot here.” 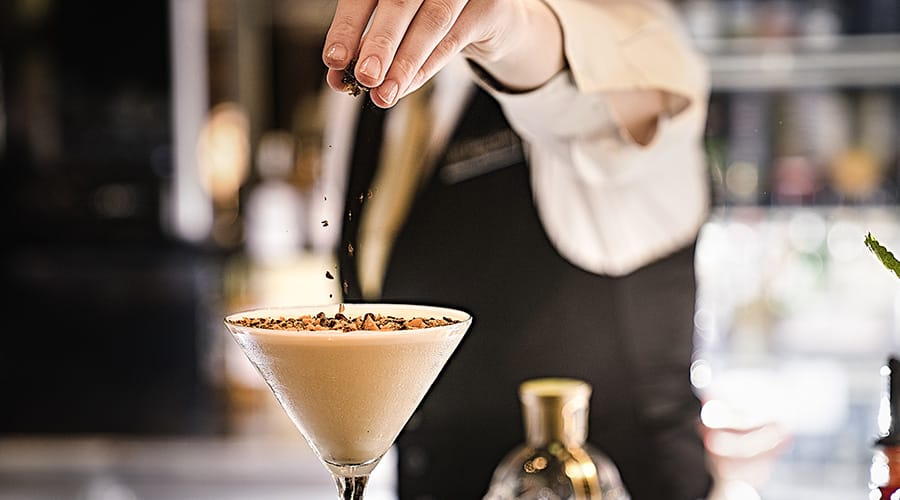 An artist’s soul, an artisan’s talent

To give cocktails their flavor and the venues their ambiance, bartenders perfect their technique and create their own world.

“The bartender is an artist!” For Brice, this online comment was the greatest of compliments. Killian also doesn’t hide his pleasure when his talents are praised. “A customer who gave me free rein told me he has rarely tasted a cocktail this good!” The bartender at MGallery Royal Émeraude Dinard appreciates the freedom he’s given at Le Darling, with its 19th-century glass wall overlooking Écluse Beach. The piano bar established in this Belle Époque hotel is what inspires Killian. Other sources of his creativity are Brittany, local ingredients and violet syrup – “my personal touch.”

At Molitor, Matthews and Cristian also play with ingredients to create refreshing novelties. Rinquinquin, Farigoule thyme liqueur and other old-fashioned drinks with colorful names combine with the best spirits. A prime example is Molitor History X, a cocktail that blends Absentroux with the French vodka Grey Goose.

While Matthews likes sweet flavors that “recall childhood,” Christian prefers to surprise customers with spices. But the duo share the same love for Molitor’s venerable swimming pool, which has been given a new lease on life. Today, this hotel in Paris’ 16th arrondissement is also famous for its rooftop with views of the Eiffel Tower.

A thirst for sharing

In this profession, you have to be a people person. The more you like others, the better you do.

“Creating something new from the stories others tell, being touched by kindness... That’s the most wonderful part of my job,” says Matthews. The same goes for Brice. “To see a smile after the first sip, that’s always a source of satisfaction.”

Behind the bar, people skills and savoir faire are just as important, even if that means being a chameleon. “We must be discreet but not too inconspicuous, as we encounter all types of personalities,” Sylvain explains.

For Jérémie, human contact is a golden rule. “My top ingredient is a desire to please others. Just a little word and a smile can change everything, and that’s the best cocktail in the world for our guests.”

Creating something new from the stories others tell, being touched by kindness... That’s the most wonderful part of my job. 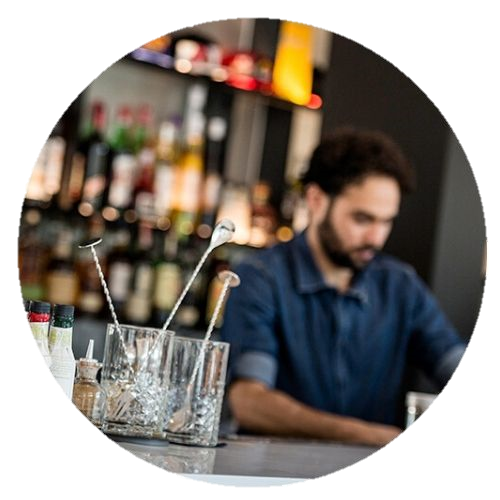